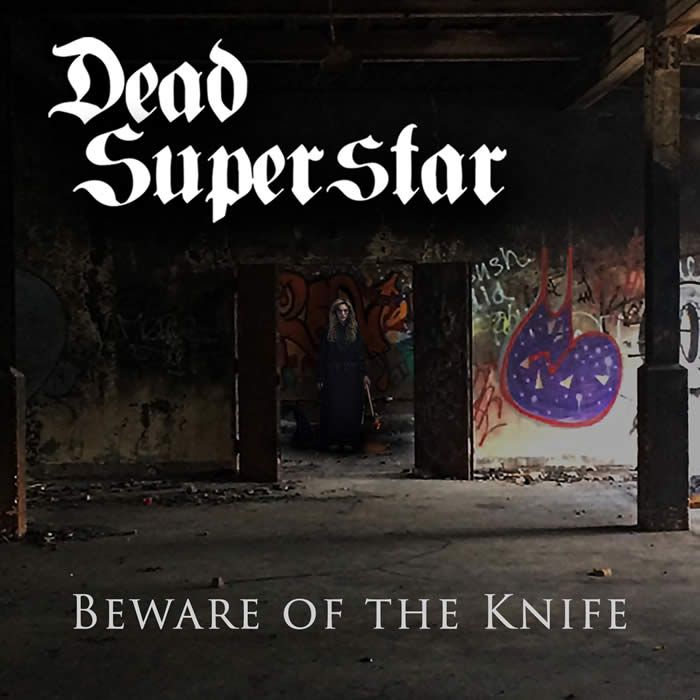 Having hit the ground running with their latest single "Beware of the Knife" and accompanying music video, hard rock / alt-metal band Dead Superstar are already gaining a ton of traction and moving up on the charts! Picked up on stations from Long Island's own 94.3 The Shark to Florida's Sycho Siren Radio Show, Wisconsin's WCCN, KOZE in Lewiston OR, KJML in Joplin Missouri and so many more across the nation including online radio, it's no wonder the band has been hailed "a radical rendezvous of sound" with music that has rightfully been referred to as "rock radio friendly masterpieces that are begging to be heard in this mundane age of regurgitated mediocrity". As they've already climbed to the top of the All Access Downloads Charts in categories from "Top Streams" to "Most Recent Downloads" and "Top Downloads" it seems there's no question why listeners new and old alike are clamoring to hear their music.

Founded by vocalist Terence Keith and bassist Troi Mosby (formerly of "Perseverance") in early 2005, their passion to perform great music ignited the fire in them to create a powerful sound that would be heavy enough to rock the hardest head banger to the crossover masses. As they began writing songs and rehearsing in late 2006, by 2007 they were crafting flavorful soul rock, packed with grooves yet heavily resonant.

Their music is embedded with controversial lyrics of the human condition. Recording their debut album with Joey Z (Life of Agony) - "Tribulations" is packed with 11 pounding anthems, powerful vocals, blistering guitars, thundering bass and grooving beats.

Their follow up album "I Did It For The Rock Gods" was produced by Jerrod Mankin (Bobaflex), recorded at Red Barn Studios, and mixed by Grammy Nominated producer Johnny Karkazis.

As they continue to spread their music with the help of some of the most influential hard rock radio platforms across the nation, fans new and old will want to keep up with the band as they head into a new year with a brand new LP on the way and live dates TBA!