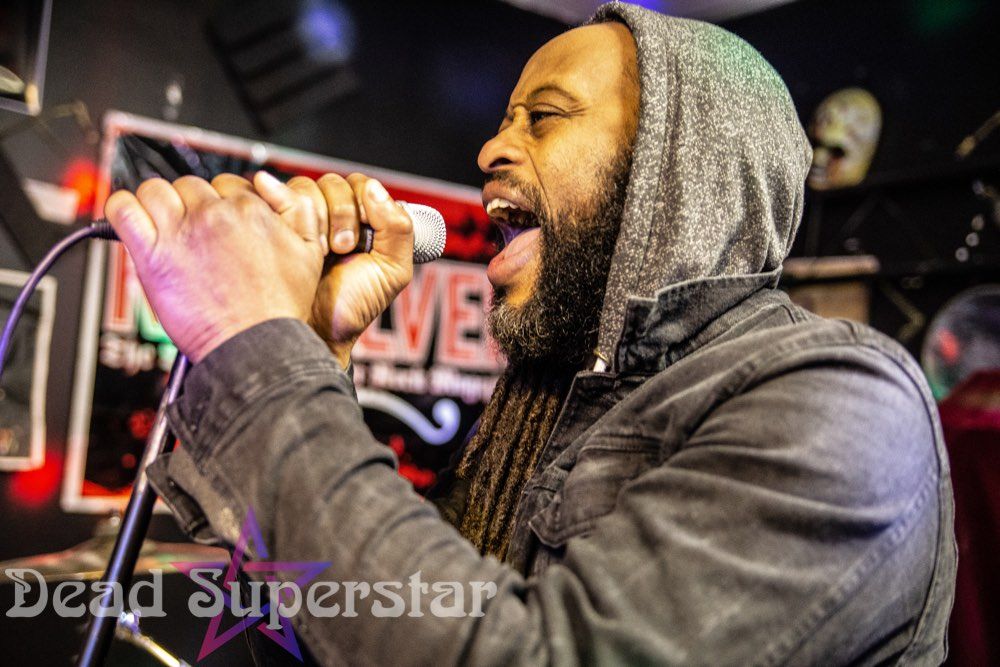 5 Songs That Have Kept Me Inspired, by Terence Keith

Dead Superstar is a Long Island, NY-based rock combo that has been doing their thing since forming back in 2005. Citing such influences as Soundgarden and Rage Against the Machine, the band fuses the punch of metal with the radio-ready hooks of classic rock. While Long Island is usually represented on music sites these days via hardcore and/or emo-tinged acts, Dead Superstar have managed to carve out their own following via constant gigging, in and outside of their hometown region.

Check out the music video for "Beware of the Knife," a track from Dead Superstar's brand-new sophomore album, I Did It for the Rock Gods

With their new album in stores now, Dead Superstar vocalist Terence Keith put together a list of 5 songs that have provided inspiration for him in recent years. As you'll see, his list is an eclectic one:

Rage Against the Machine, “Sleep Now In The Fire”

The year is 2012. We just got off tour and I had vision problems from drinking too much booze and coffee not keeping myself hydrated. You know, that tour life. A week later we got hit with Hurricane Sandy. Then after the hurricane we got hit with a snowstorm leaving Long Island powerless for almost a month. At this time I was praying that I didn’t lose my vision. I would wake up in the middle of night questioning if my vision was gone because there was no light from my clock that’s normally be illuminated. Long Island was at a halt. Pirates were robbing homes in evacuated areas. Protest and revolution was in the air. people were pissed! There was no power, no gas, and no food. It was a difficult time. The people were protesting in the streets due to certain towns receiving power and others didn’t. Power authorities were being accused of profiling to certain towns because they didn’t have enough clout. "Sleep Now in the Fire" inspired the Dead Superstar song, "Searching for the Sun."

We were on tour with a day off in Colorado and had a interesting night drinking cheap rum and Four Lokos. I was trying to suppress some inner frustrations. I'd passed out in my dingy hotel room. Out cold, I felt my bed bounce. I didn’t want to open my eyes because I just wanted to sleep but my subconscious was wide away. I felt a spirit or an energy. It was something with feathered stretched-out wings. I took a glance and ignore it as if  it was a dream. I woke up thinking, was it an angel, or purchase a medicine man? Later that morning I asked my guitarist if he was fucking with me and jumped on my bed in the middle the night. I could barely wake him up. He was out cold! Whatever visited me that night inspired us to write the song "Medicine." At this time I think I was listening to American Indian chants for meditation. Now, this isn't the exactly song I was listening to but I think you can get the vibe.

It was a long drive to somewhere through the corn fields of this country of ours. Troi (former Dead Superstar bassist) fell asleep listening to something funky. I happened to hear an unusual but pleasantly sound through his headset. Although we are a rock band. there are many influences.

Peaches, “Fuck the Pain Away”

I think we were somewhere in New Hampshire. it was a pretty good show. Not too many people were there but the crowd was rockin! After we finished, the DJ started playing this song that had us boppin around during load-out. This was sparked the lyrics to “Bitches with Guns” on our album.

Rollins Band, “Do It”

This is my last pick, which is probably the hardest because there was so many influences on this record. I guess the most important thing for myself and the band was to give hope and strength during hard times. To have confidence within yourself. This last song is from a band that I listen to during trying times to pump me up.

Dead Superstar's I Did It for the Rock Gods album is out now and available here.