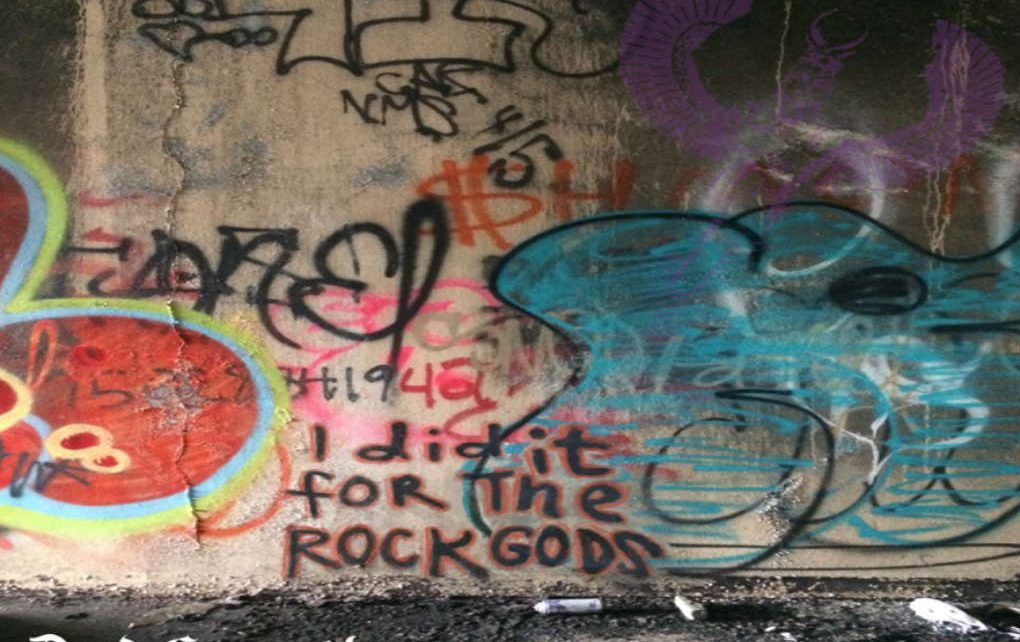 'I Did It For The Rock Gods' Review

The love of music is personal and subjective. Each and every one of us has our own reasons for liking the things we do and dislike the things for the same. I have even found myself not digging stuff that even fits my typical tastes and I simply can’t explain (and vice versa.) An album may rub me the wrong way the first few listens, but then I will go back and feel differently about it. Another may blow me away initially only to later make me question why I liked it so much. Artists, while creating songs, are also personal and subjective. Obviously, you’re going to write and perform music that appeals to you, but the creators of said music will also interject their personal feelings and experiences. Sometimes a writer misses the mark and can’t inject feelings and experiences that allow a large cross-section of people to enjoy it. Clearly, those bands that have huge fanbases have managed to find a way to tap into the listener allowing them to connect with the artist on many levels. Doesn’t necessarily mean the band is something you love (or are even good,) but just tapped into something at that moment that enabled a song or album to move the listener. And become a hit.

I found aspects of the band Dead Superstar’s album I Did It For the Rock Gods to be very intriguing, though at one point it made me a little uncomfortable. The album opens up with what sounds like an actual voice mail message from a very irate girlfriend/wife, perhaps of one of the guys in the band, ranting about how he needs to choose between the music or her. I actually laughed a little at it because I have known many guys (and a few gals) who have had significant others lose their absolute shit despite knowing going into the relationship that he/she was a musician. Non-musicians simply can’t understand the passion and drive this beast creates inside the creative. There were a couple more messages that popped up through the album and this is when I became somewhat uncomfortable. I felt bad for the woman and felt that perhaps she was being exploited, though I assume she gave permission to be used on the album in this fashion. Spoiler alert: her final message is apologizing for her behavior but ultimately she decides to release him from the relationship. Inter-spliced through these messages are some pretty catchy songs that at times sound like a less hippie The Cult and a less aggressive Helmet. Songs like “Beware the Knife,” “You Make Me Sick,” and “Significant Other” feel like they tie in directly with the message subject matter. Could be the album is a conceptual take on the loss of love while living like a rock star.

For the most part, I liked this album. It’s got a nice groove to it, the musicianship is pretty tight, and the songs kept me interested. I didn’t care for their take on The Temptations “Papa Was A Rolling Stone” and the final two tracks felt disjointed and like they didn’t fit on the album, but otherwise it is a good listen. If you can visualize The Cult meets Helmet with a groove, not too unlike King’s X, then Dead Superstar’s I Did It For the Rock Gods should be for you.